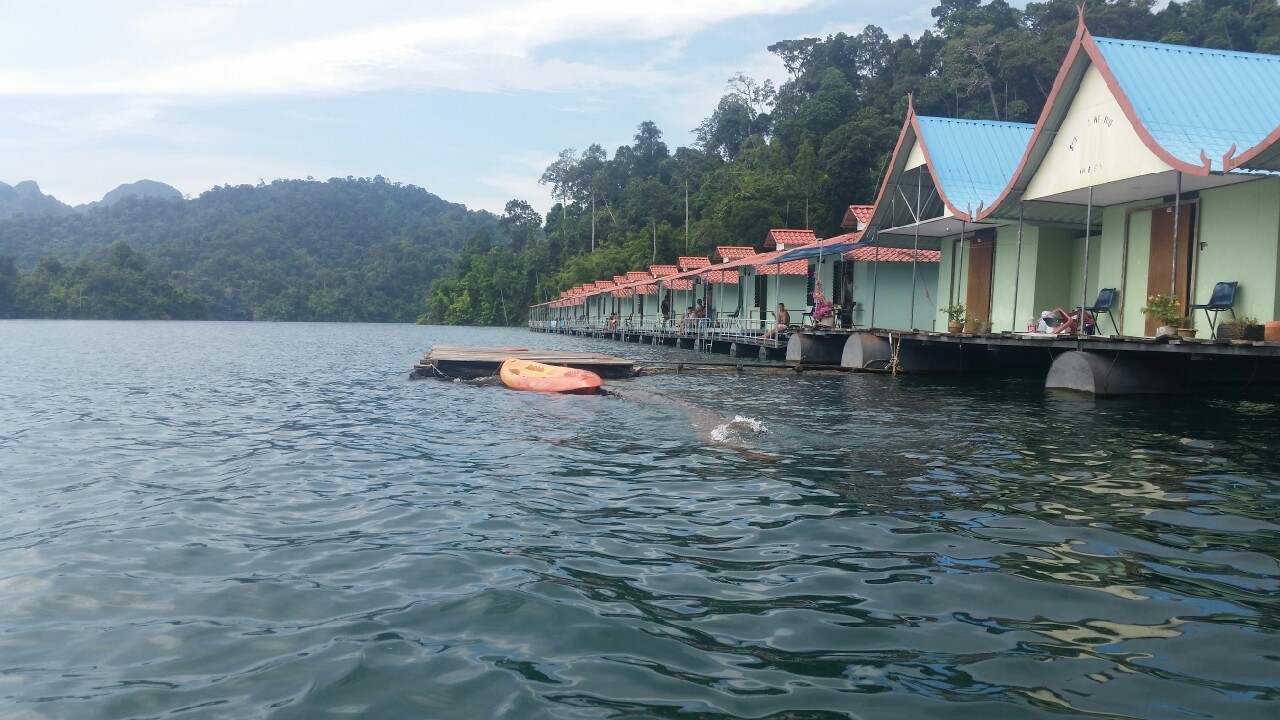 When people say Khao Sok they usually mean Khao Sok National Park which is one of the most beautiful national parks in Thailand. It is located in the south of Thailand in Surat Thani Province. The name is derived from Ban Sop meaning ‘House of Dead Bodies’.

It was declared a national park in 1980 and covers an area of 739 square kilometres. A large part of the park is taken up by the reservoir which was created by the construction of Ratchaprabha Hydro-electric Dam.

Limestone Mountains dominate the landscape of the region. Some of them towering to heights of more than 900 m a.s.l. making Khao Sok an increasingly popular destination for both domestic and international tourists.

The local weather is influenced by the monsoon which brings heavy rains from May to November.

Inside the park dense rain forest has reclaimed every suitable surface leaving only the sheerest cliff faces clear of vegetation. Inaccessible places even consist of virgin primary tropical rain forest.

The Rafflesia Kerrii – symbol of Surat Thani Province – can be found in several locations.

The park is home to many animal species including mammals such as Gaur, Banteng, Sambar Deer, Sun Bear, Macaque, Gibbon, Langur, Elephant etc. The most famous bird to live in Khao Sok is the Hornbill.

Due to dense vegetation and rugged terrain large areas of the national park are inaccessible.
The purchase of a ticket is required to enter the park

What to do in Khao Sok

There are many things to do and see in Khao Sok. Some activities to be undertaken around the village are:

Activities that require your own transport or a guided tour include: kayaking, jungle camping, lake touring, over-night trekking.
Please refer to our tours page

Best time to visit is December to March. April is usually very hot. Rainy season lasts from May to November. Prepare for warm to hot tropical climate.

Khao Sok is located in southern Thailand in the west of Surat Thani Province on Hwy 401.

To get there by public transport you can take a bus from Surat Thani (market or train station) or from Phuket (bus terminal). The line number is 465. There are about 10 services daily. The bus serves Surat Thani to Phuket (via Khao Sok and Khao Lak) and vice versa.

To find out how to get to us please see here

Our Jungle Elevated Bar in the jungle.

Bamboo Hut with fan for 2 people.

Bamboo Hut with fan for 2 people.

Discover the best offers and promotions in Khao Sok

• Promo no. 2: Save money on our amazing package: 3 days and 2 nights Cheow Lan Lake tour.